Our Journey Of Infertility

This is yet another emotional post for me. I apologize for any grammatical or spelling errors. It was hard for me to go back to reread.

Last night I talked to a reader of mine who has been struggling with infertility. She reached out to me because she was feeling beat down and like no one could relate to her pain!

I have talked many times about my struggle dealing with the loss of our first baby. But I have never truly opened up about the struggle I faced with infertility and the months and years of hope to constantly be crushed.

About a year after Tyler and I were married we started talking about having kids in the future. At my OB appointment I asked the doctor to explain to me what becoming pregnant would mean with my medical problems. I have Type 1 diabetes, PCOS (polycystic ovarian syndrome), scar tissues from past ovarian surgeries, and endometriosis. The doctor ran a few tests knowing that my journey could be complicated due to these issues. It turns out it was going to be a lot more complicated then I had expected.

Tyler and I started meeting with an IVF specialist about a year after trying with no success. We wanted to learn about starting the IVF process. We had quite a few doctors appointments with them before deciding that we needed to postpone due to money and starting new jobs. For those who don’t know IVF is one of the most expensive things you can do. Tens of thousands of dollars per cycle.

Tyler and I kept trying for a baby with no success. A few months after stopping IVF I woke up in extreme pain. I was rushed to the hospital were I needed surgery to remove a large ovarian cyst that was twisting an ovary.

I had a few meetings with the surgeon, I told him that we were struggling to conceive and he told me that IVF was my best choice. Something that was not an option at that time. When I woke up from surgery the doctor told me he had removed some of the endometriosis and as much scar tissue as he could hoping it may help us conceive.

About 4 months after the surgery Tyler and I found out we were pregnant! It was the most amazing news I don’t think I had ever been as happy as I was when I read the two pink lines on the test. A few months later we lost our baby and the pain it caused was crippling my world had crumbled! The pain I felt trying to conceive felt like a mosquito bite compared to the pain of the child who was taken from us.

After a few months though I was far from being okay we started to try again and the pain and hopelessness of infertility piled on top of the pain from our loss. I was a robot going through the daily life with a fake smile. I remember crying every month in the bathroom when I would get my period because another month of hope was gone!

Our journey continued for another year before we conceived Emma. When I read the test results with Emma I had so many emotions happiness, thankfulness, guilt, fear, anxiety. I know I wouldn’t be strong enough to survive another loss.

Thank goodness our prayers were finally answered and little Emma is here with us laying in my arms now! Every time I look at her sweet face I realize that she is my perfect miracle!

I know all the pain I went through to have this little miracle made me a strong women and a strong mom. There is nothing I wouldn’t do for her and I will never take a second with her for granted. Even when I haven’t slept or when she won’t stop crying I am still to happy so thankful and so overjoyed to have her every second!

I know a lot of you follow me because of your own struggles with this! I hope you never feel alone and I hope you never give up hope! Because even when you don’t think there’s anything left or that it will happen for you it may! If you ever need someone to talk to I’m always here send me an email or an Instagram DM. 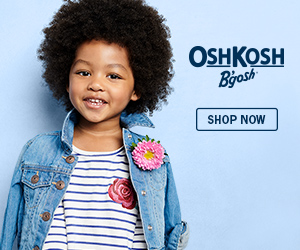